Maxi Cosi Euro A4 Conversion Kits and A4 Covers 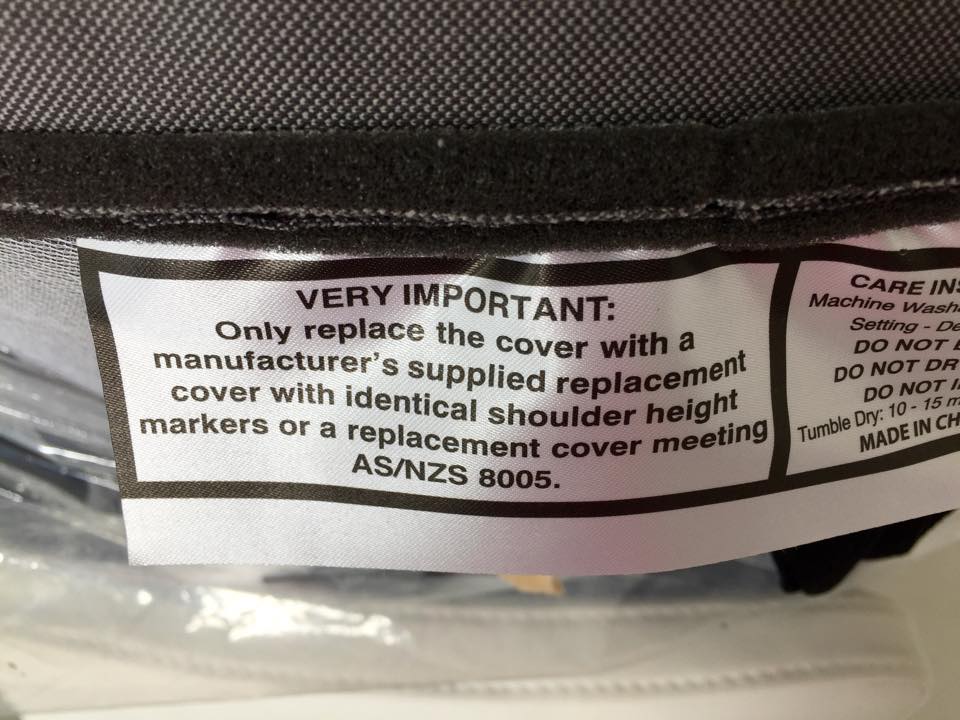 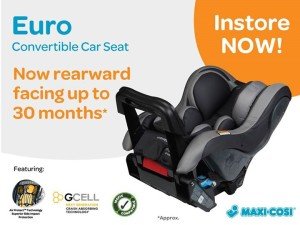 The Maxi Cosi A4 has finally been realeased and is now available in Stores, however the confusion is already beginning with mums already asking the important question arising from the car seat recall of the euro.

When I bought my euro 5 months ago; the maxi-cosi rep told me that this was coming and that you would upgrade mine when it happened.. Is that possible?

Unfortunately: this will not be an isolated question; as there has been differing opinions in the retail environment; and on social media. Some consumers believe that they can simple upgrade their A2 Child restraint; by simply changing the covers their A2 will magically become an A4 Child restraint. Hence there was a car seat recall on the maxi cosi seats at this time.

This claim was back up by the statement and marketing material; proclaiming; the seat has been tested to 30 months. While this statement is fully correct and true; however being tested to an A4 standard; does not make your child restraint automatically an A4. I believe; the child restraint must be certiified by SAIGlobal.

All testing is govererned and dictated by the Australian standard AS1754 and by SAI Global; which stipulate there needs to tracability for manufacturing process; so that a manufacuturing process is certified as being to the A4.

Confusion reigns - "Does this mean we might finally have some A4 covers?"

Why do people believe that changing the cover will make an A2 and A4..

Legally it should not be allowed to sell A4 covers, as people may change the cover; and claim it is an A4 and it may only perform to an A2 standard.. Will ACCC do something about this situation; so that it is not possible to purchase A4 covers; or to make it an offence to change from an A2 cover to an A4 cover. 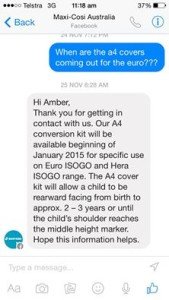 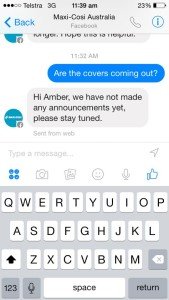 However according to the messgages posted here as well as the images it would appear that maxi cosi are defunitely stateing that the an a2 can be converted to an A4.

Below is the full unedited quote ,from Tom Hubbard; the carseat expert from infa secure on the Facebook group. 'Child Restraints - Is your child restrained correctly'

"Yeah, it's not really my place to comment on what another manufacturer is saying, but I can share our experiences in the same kind of situation, and hopefully explain the differences between the different lines of thinking in this thread -

We looked at the Kompressor II (which is an A2 seat) and enquired as to whether we could upgrade it to an A4, and provide covers to those who have bought the A2 version. A recertified A4 Kompressor II would be the same seat, with an extra label.

SAI Global, the body who issues certification, indicated that they are 100% against it, because changing a product's type designation breaks traceability on their end. All child restraints in Australia are serialized, and they record the serial number of a seat, and with that its details - type designation included. So if, say, you have an accident and (heaven forbid) a child is injured or killed in that seat, you're now in a very murky place in terms of law and liability. You're using that specific seat in a way that the governing body is not aware of or endorsing.

So while we could recertify the Kompressor II as an A4 - there's absolutely no problem with that - any seat that had been certified as an A2 must remain an A2.

SAI Global also indicated that the ACCC would most definitely clobber a manufacturer for this kind of thing - and that was not something we were prepared to engage in.

While it would be nice to be able to offer upgrades, we're not prepared to put our customers in a position where they could be punished in the event of a tragedy.

Happy to answer any general questions regarding this, but I won't comment on any specific manufacturers or products"

The discussion continued with the statement from another facebook user

But britax did exactly that, the meridian SICT was certified as an A2 and has now been released with A4 covers. i don't understand....

Britax didn't do that - they recertified the Platinum to A4, then started selling A4 Platinums. Ask them for an A4 cover for your A2 - they'll say no

as the conversation that started on the 15 March, with " Qld/ NT Account Mgr for Dorel"

I will find out & confirm for you but I can say the Maxi Cosi Hera & Euro were already pre approved & information supplied with the seats confirming that they are approved as 30 month RF seats prior the the A4 standard ... I have many people asking about the A4 covers for purchase

in answer to the question

Can you answer the much debated question Janelle over whether the A2 isogo seats will be able to get the A4 cover???

This answer is confusuing in the light of the answer from Tom Hubbard; as it is clear that for tracability that an A2 Child restraint; cannot be made to an A4 by the changing of the cover. The fact that the child restraints were tested to 30 months; does not make them an A4, or pre-approve the seats to be an A4; they simply have been tested to 30 months

At the admission that "I have many people asking about the A4 covers for purchase"; would seem to indicate that the general public were give some mis-information. This has led some to believe that they could change the cover; for their a2 to be made an a4. perhaps simply a mis-understanding.

On the 25 March; the issue is confused even further with another fb user stating.

thankfully the " Qld/ NT Account Mgr for Dorel" stated; " I think it is still being decided and information will be available soon regarding this"

UPDATE15 April - It Seems that Dorel have started to ship A2 to A4 Cobversion kits / Replacement Covers. See the discussion of Facebook. As noted this led to the car seat recall for the maxi cosi car seats.