Infa Secure have released the Infa Quattro baby car seat; which is also an extended rear facing child restraint; which the public have been waiting for since July 2015. 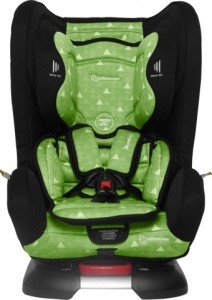 The year started with the release of new active fabric. The new active fabric helps; to keep your child cool on hot summer days. However Infa will be releasing the new fabric also for the older style car seats; allowing the caprice range of fabrics to be phased out.

The Infa Quattro car seat; has the active fabric which utilises the same high performance polyester fibres and weave as athletic apparel and active wear. The new fabric is designed to be breathable and more comfortable; to help keep your child cool; and not sweat as much as in some of the other car seats on the market.

2016- smallest car seat on the market

Another Coup by Infa team was reducing the width of their Quattro car seat by 2 cm; smaller than all other car seats on the market including the britax slimm-line ahr, britax compaq mk1 and mk2, maxi cosi euro nxt, maxi cosi hera and safety 1st sentinel II.

This is a huge step as many parents have had to make an upgrade to a new car so that they can fit three car seats across the backseat. In fact many parents mistakenly do an automatic upgrade to a SUV, believing that because it was a suv they will easily fit three carseats across the back seat. The truth of the matter is that most suvs are not family friendly and can only up until the release of the quattro could only fit 2 car seats. You will still need to check the back seat profile and contouring of the back seat to determine if three car seats can fit across.

Under no circumstances should you use flexible seats to squash the third seat in between two other seats, this is dangerous and should not be attempted despite te fact that it is a practice utilised by many so call professional car seat fitters

The new seats being released have now incorporated a third layer of safety which is call the secur-air, which is a crumple zone while lies on top of the dual layer safety introduced with the Evolve.

The Quattro is the second car seat by Infa; to receive a hassle free harness which infa call "Twist and Lift". The mechanism is easier to use than the EZI adjust by britax; the push label on the Compaq range of seats including the slimm-line ahr; and the harness adjustment of the maxi cosi range of seats.